Brankica Janković, Commissioner for the Protection of Equality, spoke at the final conference of the Twinning project named „Support to improvement of human rights and zero tolerance for discrimination“, financed by European Union, saying that this project contributed to strengthening of employees capacities, through intensive trainings for protection of human rights, the database was improved and important documents were produced, such as equality Code of Conduct for employers.

The research “Attitude of citizens toward discrimination in Serbia” is very important, because we follow attitudes related to discrimination and also trust in institution dealing with protection of human rights, on basis of these results. Research pointed to positive strides, greater number of citizens would address Commissioner for the Protection of Equality for help, therefore the trust in our institution has increased, said Commissioner.

Suzana Paunović, Director of Office for Human and Minorities Rights, spoke about the project goals and accented strengthening of institutions‘ capacities, improvement of anti-discrimination policies and importance of educations for more than 250 people.

Nicolas Bizel, Head of I Operation Sector of EU Delegation in Serbia, said that protection of human rights and combat against discrimination are among top priorities of EU and that special attention should be paid to protection of marginalized groups, such are older persons, LGBT population, persons with disabilities and Roma national minority.

This project contributed to improvement and promotion of implementation of relevant legal and strategic frames for protection against discrimination, protection of national minorities rights and defenders of human rights through additional harmonization with European standards. 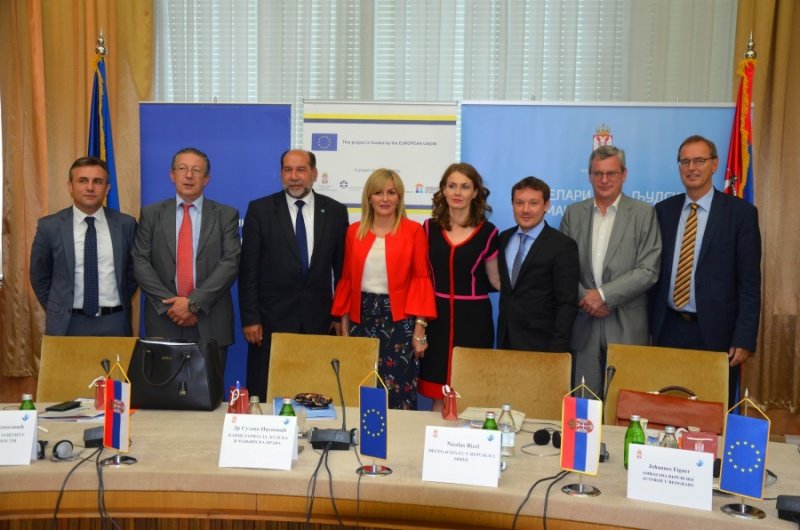