Results of the project „Strengthening of human rights and suppression of discrimination of sensitive groups through supporting implementation of anti-discrimination legal framework“ aimed to determine discrimination indicators in Republic of Serbia for three social groups: women, persons with physical disabilities and older persons were presented at the conference organized by Commissioner for the Protection of Equality.

Brankica Janković, Commissioner for the Protection of Equality, said that this project provided a good tool for more efficient combat against discrimination, which was confirmed by Tracey Gallagher, Deputy Head of the Great Britain Mission to the Republic of Serbia.

Results indicate that persons with disabilities mostly face discrimination at the labor market, but discrimination also often occurs on grounds of gender and age. Discrimination of persons with disabilities is furthermore expressed in provision of opportunities to participate in job interviews, they are even seven times rarerly invited to the job interviews, compared to other people. Discrimination in also present in the area of education, living in society and health, so these areas should be priority in combating of this extremely bad phenomenon.

Director of the Belgrade Dance Festival, Aja Jung, said that artist have to have mission and special role in every society.

The most solid foundation of every deviation in society is absence of culture and art, esthetics, sense for good, highness and beauty, for degree and equality as values that were recognized as degrees of development and progress of every individual since ancient times, said Jung and expressed her satisfaction to be part of important project in combatting discrimination, that often leads to violence.

Our famous actor Vlasta Velisavljević accented the importance of learning about tolerance since youngest age and spoke of his teacher who taught them about it long time ago.

Project was supported by Good Governance Fund of the United Kingdom Government. 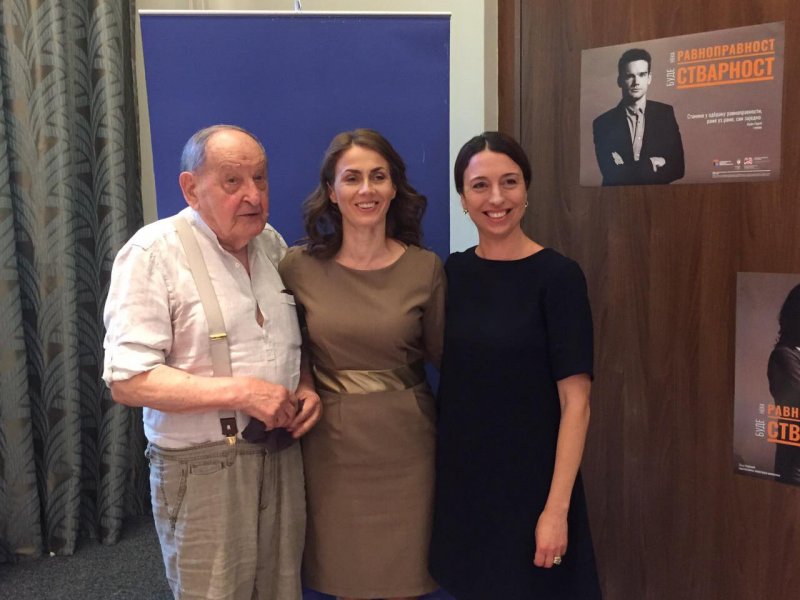