Brankica Janković, the Commissioner for the Protection of Equality has submitted the 2015 Annual Report to the National Assembly of the Republic of Serbia.

The Report shows a growing trend in the number of complaints which is by 20 per cent higher as compared to the previous year. However, an increase in the number of complaints does not automatically mean that discrimination in our country is on the rise, but rather that discrimination is easier to detect and that the institution of the Commissioner for the Protection of Equality has gained more visibility and public exposure.

Based on the work done by the Commissioner for the Protection of Equality it appears that women are most exposed to discrimination, one of the reason being the adoption of the Law on determining the number of employees working in the public sector. Persons with disability and members of Roma national minority seem to be in a disadvantaged position, while women and children belonging to these marginalized groups are most frequently exposed to double or multiple instances of discrimination.

The Report gives 19 recommendations for eliminating discrimination and promoting equality, namely: establishing a centralized discrimination data collection system in Serbia, improving the legal framework for the system of protection against domestic violence, adopting the Law on Free-of-charge Legal Assistance, amending the Law on Financial Assistance to Families with Children, amending regulations governing the procedure for stripping a person of their legal capacity, etc.

The Commissioner for the Protection of Equality has for the first time published the most significant judgments of the European Court of Human Rights offering good practice examples in the area of fighting discrimination. 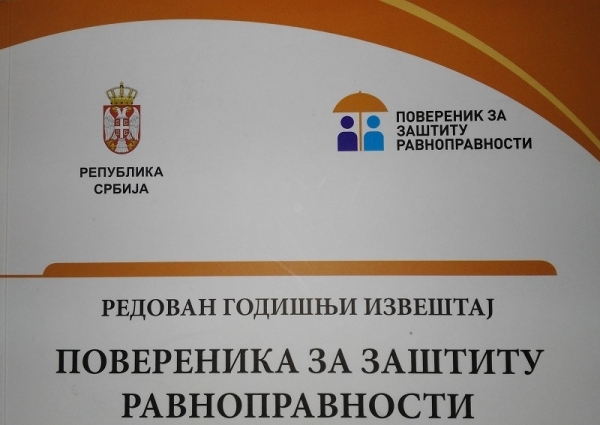