Commissioner for the Protection of Equality Brankica Jankovic took part at the conference “Women in sustainable energy – leadership for change” where she spoke at the panel about policies and initiatives for strengthening of women’s role in the green economy.

WISE SEE expert network was presented at the conference, consisting of more than 150 women professionally engaged in sustainable energy, climate changes and environmental protection in Serbia, as well as the results of survey on these topics in which participated more than thousand women of different professions across Serbia.

Commissioner Jankovic reminded of the attitudes adopted at the UN environmental and development conference in Rio de Janeiro 1992 that women pay big price because of derogation of environment, but in the same time have enormous potential in resolving these problems. She pointed to the position of women in rural areas of Serbia who though possess much different knowledge and experience in agricultural production, are often not paid adequately for their work in agriculture and are not land or household owners. This knowledge about natural resources and food production, which is being transferred through generations for centuries, present great chance for the social and economic development that we should use in the best possible way, stressed Commissioner.

Women and men have different perception of problems and should be equally included in relevant decision making in order to powerfully contribute to sustainable development and energy efficiency, said Commissioner and emphasized the necessity to provide greater abetment to women for inclusion into green economy through various types of support and help, but also through greater engagement of women in local communities, where decisions related to everyday life are being made.

The conference was held within the WISE SEE project, organized by Center for Promotion of Sustainable Development (CPOR) in partnership with Swiss Cooperation Office. 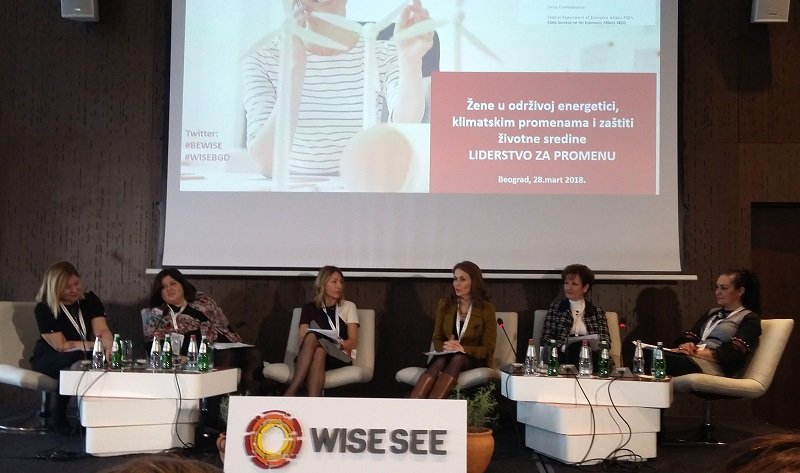