According to the number of complaints that were filed with the Commissioner for the Protection of Equality during last year, disability and gender were the most common grounds of discrimination. This means that we still live in a society full of obstacles that our citizens with disabilities face, said Brankica Janković, Commissioner for the Protection of Equality at the conference „Strengthening the political involvement of persons with disabilities in Serbia“.

She said that Serbia has good legislative framework, but the full implementation of all laws and regulations is the most important, as well as working on further improvement of position of persons with disabilities. She added that institution of the Commissioner has carefully monitored work of the Republican Election Commission regarding assurance of equal opportunities in the voting process and that it was necessary to provide accessibility of all polling stations as soon as possible.

Commissioner also stressed that although the Law on moving with a help of guiding dog exists, is not fully implemented because of lack of education.

Speaker of the National Assembly, Maja Gojković, said that there are around 800.000 citizens with disabilities in Serbia and that it is necessary to provide all the necessary conditions that would enable these people to take part in all aspects of life equally, including politics.

Gordana Rajkov, Project Director, presented the current status of political involvement of people with disabilities in Serbia, underlined the improvements that were accomplished during the previous years and concluded that success would  be complete if we were to see in the upcoming years an increased number of people with disabilities among candidates, elected representatives and also at polling stations on the election day.

Ana Brnabić, Minister of Public Administration and Local Self-Government, referred to the problems faced by people with disabilities in the areas under competence of her Ministry and stressed the importance of training programs on detection of discrimination for local self-governments, implemented by the Ministry in cooperation with Commissioner for the Protection of Equality and Standing Conference of Towns and Municipalities.

Ambassador Kyle Scott spoke about participation of persons with disabilities at elections in the USA, concluding that every vote is important for a successful democracy, especially the votes that are less likely to be heard.

Vladimir Dimitrijević, President of the Republican Election Commission, said that persons with disabilities “traditionally, rarely take part in the political life and election process” and that is why it is necessary to consider all problems and to inform members of this population about their rights and how to exercise them.

Chief of the UN Entity for Gender Equality and the Empowerment of Women (UN WOMEN), Milana Rikanović, spoke about the challenges that women and girls with disabilities face, especially in terms of multiple discrimination. 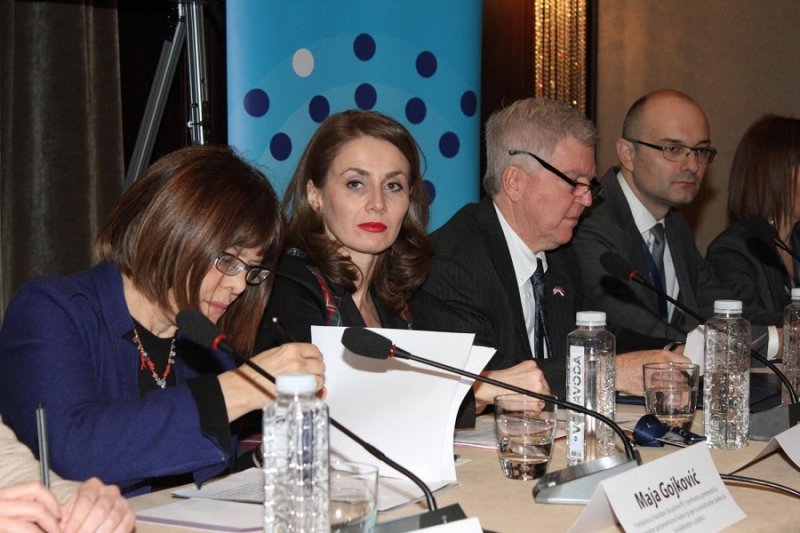