Commissioner for the Protection of Equality Brankica Jankovic is taking part in the second OSCE Human Dimension Meeting in Vienna, held during the Slovak Presidency of the OSCE. The theme of the conference is effective multilateralism within the human dimension of the OSCE, but also the possibility of mutual support among international organizations and national institutions that have human rights in focus. Also, special attention has been paid to on-line violence against women and girls, since this could be the key assessment in the role of international organizations in this area, bearing in mind the challenges and risks that new technologies pose to human rights.

At the opening of the meeting, which was attended by representatives from 57 countries, spoke Lukas Parizek, State Secretary of the Ministry of Foreign and European Affairs of Slovakia, Ingibjorg Solrun Gisladottir, Director OSCE/ODIHR, Bruce G. Berton, OSCE Ambassador to BiH, and George Tsereteli, President of the OSCE Parliamentary Assembly. 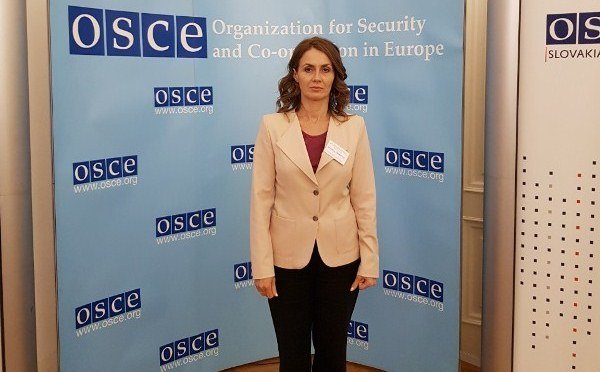